San Diego will keep you busy.  We found a great place to stay at the Elks Lodge in Chula Vista.  Full hookup site at a good price close to many touristy things to do.  You just don’t want to venture into the traffic during rush hours.  Southern California is famous for its traffic and we got a good dose of it.  There are certainly lots of freeways (no tolls) but no HOV lanes and the freeways on and off ramps tend to backup even when the freeways are moving.  And of course, the drivers are aggressive, frenetic city folk…. 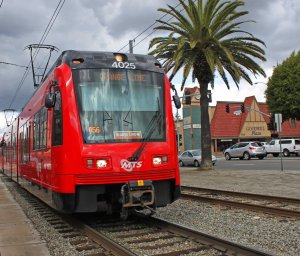 Having said all that, we do like San Diego.  The beaches are everywhere and accessible.  There are quaint beach towns up and down the coast.  The town of Coronado with its iconic Hotel del Coronado is a beautiful walkers paradise.  The Del is the largest all wood construction hotel left in the US.  Spectacular architecture!  Old Town San Diego is a State Historic Site preserving the oldest town in California.  Cabrillo National Monument on Point Loma overlooks the city  and its harbor and commemorates the first European landing in California in 1542.  Did you know the name California was taken from a then popular Spanish book of fiction and the original settlers were called Californios?  Another great venue in San Diego is Balboa Park.  It is a huge park with over a dozen major museums including the largest model railroad museum in the United States.  The architecture and gardens are wonderful to see having been first built for the California-Panama Exposition in 1915 celebrating the opening of the Panama Canal. 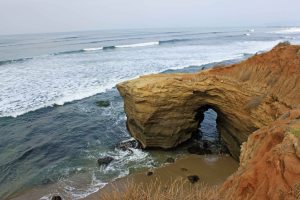 San Diego is also a fascinating botanical place.  We saw many plants we are familiar with from Florida.  Palms, hibiscus, bougainvillea and oleander are common but we also saw gigantic jade plants (which we are used to in dish gardens),  dracaena draco, bird of paradise and citrus which seems to thrive everywhere.  Especially lemons.  The trees were loaded.   The aforementioned freeways even have lush landscaping.  Irrigation is the key to most of it since this is a semi-arid Mediterranean climate.  Average rainfall is 12 inches.  Southern Cal is a thirsty place sucking billions of gallons daily from the Colorado River as well as Northern California.

While staying in San Diego we took advantage of the great Amtrak service to Los Angeles via the Pacific Surfliner.  We went for the day.  It was a great smooth quiet ride with no traffic headaches.  We used the beautiful LA subway to reach Hollywood and ride the hop on hop off bus tour.  Walking around Hollywood we found a huge farmers market.  The day was goofy and fun  and we saw many famous sites before racing to the train back to San Diego.  We have to say that Southern Cal has terrific mass transit.  Trains, trolleys, commuter rail, subways keep at least some cars off the freeways.  Between San Diego and LA there is an official population of around 18 million and some say there may be an additional 2-3 million undocumented residents.  So it is a very busy place. 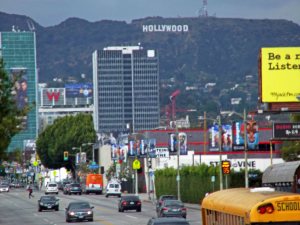 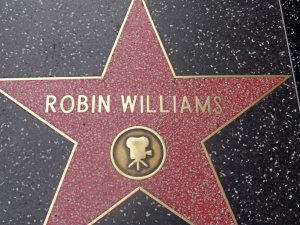 After 10 days, we had enough.  We said good-bye to the ocean and headed back to the desert.  To the peace and quiet and dark nights and nature.

This entry was posted in California, RV and tagged california history, san diego. Bookmark the permalink.