Too much Ventura for one blog…

The surrounding area offers so much.  Channel Islands National Park seeks to preserve California as it once was.  The park consists of five islands just off the coast.  The cattle and pigs which had been introduced to the islands have been totally removed and the native flora and fauna are being restored.  Over 100 plants and animals are found nowhere else on earth.  For this reason many call these islands the northern Galapagos.  Endangered species are back at home here including elephant seals.  The waters around the islands harbor a wealth of marine life including gigantic kelp forests.  Island Packers is the ferry concessionaire for the park and they do a great job.  On our trip back to Ventura after a full day on Santa Cruz island the captain took time to circle a group of Pacific Bottlenose Dolphins.  Then we cruised with a pair of California Gray Whales (they surfaced right next to the boat) and saw a pair of Stellar Sea Lions (rare for this area and known as “the grizzly bears of the sea”). 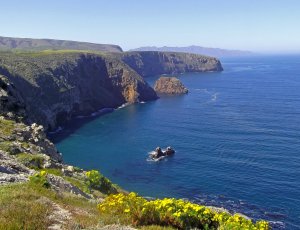 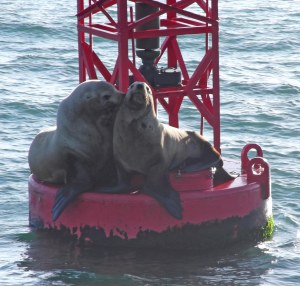 And then there are nearby towns of Ojai and  Fillmore.  Fillmore has a tourist train which has been a part of many Hollywood movies.  These days it takes people on a scenic ride through an agricultural valley to Santa Paula, the birth place of the California oil industry.  Ojai sits in the bottom of another beautiful valley.  It has a great farmers market on Sundays and the largest outdoor bookstore in the US, Barts’ Books.  There are also many olive orchards and fresh pressed olive oil is wonderful.  We tried oils from Ojai and Regalo farms.  And we tasted fresh olives right off the trees.  Wow!  That is a celebration in your mouth that goes on and on.  Ojai is a very expensive town in a fabulous setting.

Malibu is less than an hour South of Ventura.  We took a very nice drive along CA 1, the Pacific Coast Hwy.  Malibu is in another beautiful setting along bluffs above the sea.  We toured the Adamson property where it all began as a pottery factory town.  Development started in the 1920s when Hollywood stars started leasing properties and took off from there.  We continued down to Santa Monica and saw notices posted all over town about film shoots.  Commercials, TV shows and movies all seem to use Santa Monica regularly.  The Santa Monica Pier was something to see – it was the Western terminus of Route 66.  We looped back to Ventura through the Santa Monica Mountains and Mulholland Hwy.  It is amazing rugged country rather sparsely populated just a few miles from the super mega-city that is LA.  Just another amazing day. 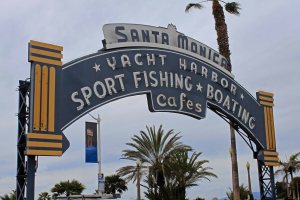 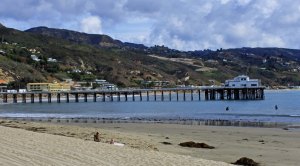 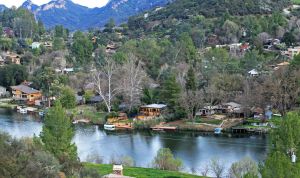 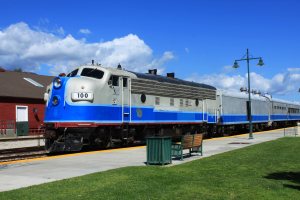 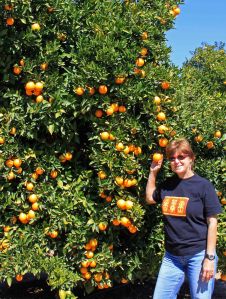 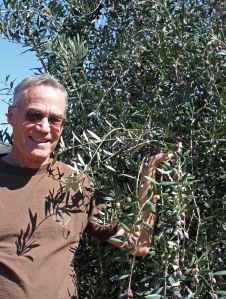 Mild temps, low humidity, a year round ag community, passenger train service and friendly people all make us put Ventura on our list of places to come back to.