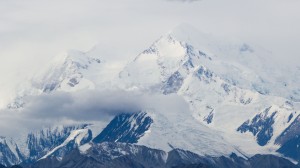 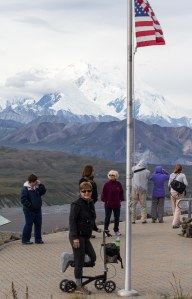 Denali is one word that conjures many thoughts and images.  Denali is one goal of any visit to Alaska.  In spite of our setbacks, we made it to Denali.  We think we will have to return again.  The plan had been to visit Denali as part of our Alaska tour with our grandson Graham.  As you probably know, Dianne had an accident that left her with a broken leg. Surgery and rehab left Denali out of the picture for Graham’s visit and limited our visit weeks later.  We visited August 14 to 17, 2015. 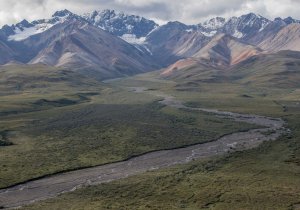 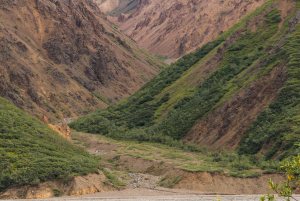 Nevertheless, Denali is awesome.  Mt. McKinley National Park was established in 1917, 42 years before Alaska became a state.  It was the first national park created for the expressed purpose of preserving wildlife.  The National Park Service does a great job preserving the wildness of the place in spite of the hundreds of thousands of visitors from all over the world.  A big part of this is limiting the access by car.  There is only one road and it is almost entirely restricted to park buses.  The park is helped in a big way by the fact that Denali visitors arrive by tour buses, cruise line buses and Alaska Railroad train much more than any other major national park.  This is a big deal.  It seems the majority of Denali’s visitors do not arrive via their own vehicle.  This helps with congestion, pollution, noise. Just look at Yellowstone and Yosemite. 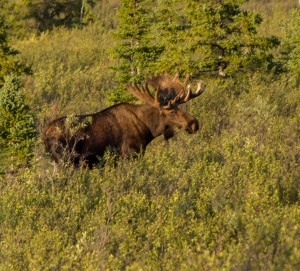 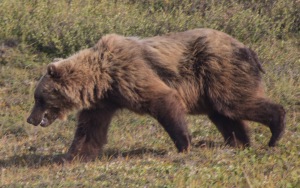 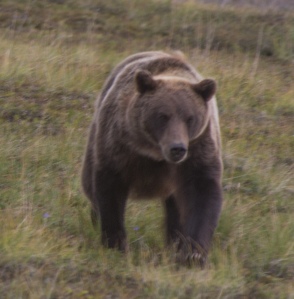 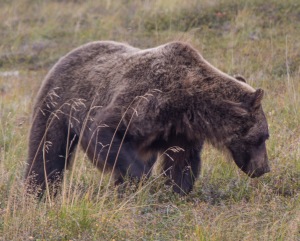 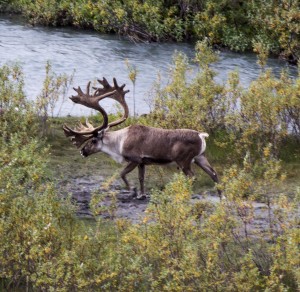 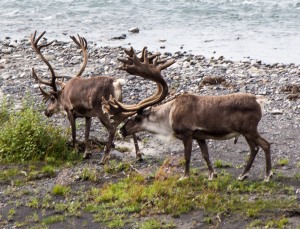 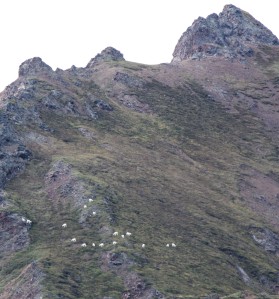 We took a shuttle bus into the interior of the park to see Grizzlys, Moose, Caribou mostly wild, unaffected by human visitors.  We saw Dall sheep up in the mountains and hoped to see wolves.  We collected wild berries and wild mushrooms.  We saw North America’s highest mountain, Mt. McKinley aka Denali, peaking through the clouds.  There are many beautiful trails in the entrance area and more in the interior for the more adventurous.  Bears, particularly grizzlys, are pretty common and while we were there they were in their hyperphagia mode – packing in the food before winter.  Eating 200,000 berries per day!  Of course if something else comes along they will eat just about anything.  We learned grizzlys are usually found in open country hence the normal reaction to fight any challenge.  Whereas black bears found in the forest will flee to disappear into the forest when confronted.  These are normal behaviors, your results may vary.  The landscape varies from boreal forest to taiga forest to tundra.  It is sub-alpine to alpine. At this latitude the treeline is around 3000 feet. 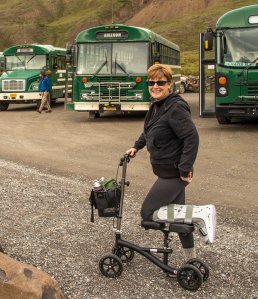 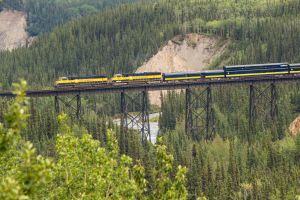 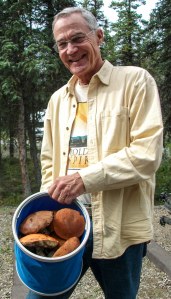 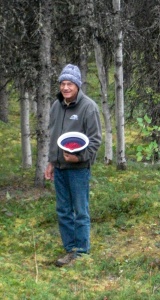 Denali deserves the hype it receives.  It is a majestic, awesome place worthy of repeated visits.