Day 3 of our cruise on the Pride of America was at Hilo on the eastern side of the big island, Hawaii.  Hawaii is THE volcano island with 6 volcanoes and a 7th just offshore.  Mauna Loa and Mauna Kea volcanoes rise almost 14,000 feet above sea level.  Considering the depths of the sea where they rise, the overall height of these volcanos is around 50,000 feet, dwarfing Mt Everest. Volcanoes National Park is a must see on the island.  We went on a ranger led hike to view Kilauea crater and the affects of a relatively recent earthquake. Kilauea is not real active right now, so we did not see any flowing lava.  We were told the crater does glow at night but we had to get back to the ship. (Gotta come back for that one.)  We also took a hike thru a huge lava tube nearby with a valley filled with beautiful tree ferns.  Hilo is known for tremendous rainfall, over 400 inches per year.  We were lucky with a virtually cloudless blue sky.  Hilo has been devastated by 2 tsunamis in recent history and had to move part of the town.  We were also lucky there were no earthquakes in the Pacific during our visit. 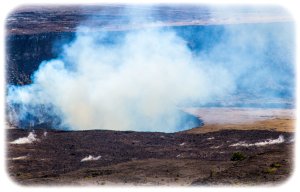 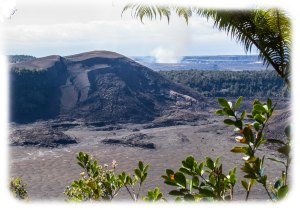 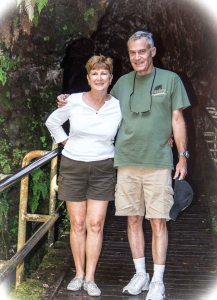 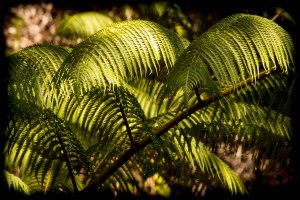 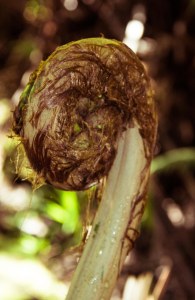 Another must see was the Wailua Falls aka Rainbow Falls. 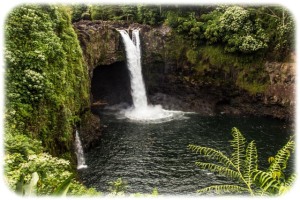 Hilo is a busy port city and home to the majority of Hawaii’s tropical plant nurseries.  We saw huge stock fields of plants we were familiar with during our years in the Florida tropical plant business.  The scenic Onomea drive took us to many interesting areas we would like to re-visit. 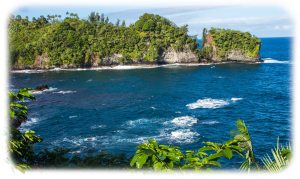 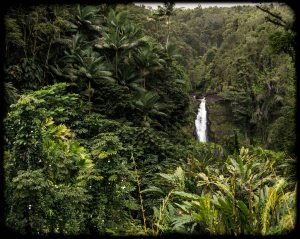 So far, Hilo is our favorite destination in Hawaii.  It is very tropical with active volcanoes and interesting towns.  Of course, we were there on a relatively dry day with no tsinami threat.

Our second stop on the Big Island, Hawaii, was Kona on the west side.  It was the only stop where we anchored offshore and tendered into port. 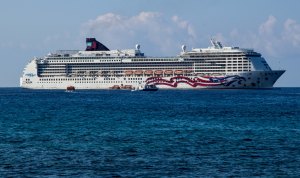 Pride of America, anchored off Kona

In Kona we walked the town and snorkled off the pier.  We saw sea turtles and lots of bright tropical fishes in the clear water.  Kona was the most laid back port we visited on the cruise. 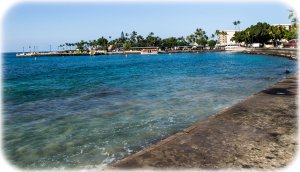 Snorkle beach next to the pier 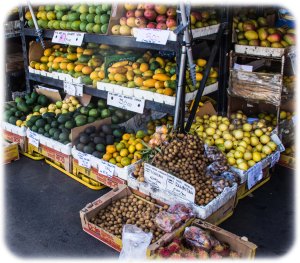 Kona completes the Big Island story for us this time. We thought the big island had much of what interests us. Visiting the 2 towns was a great sampler tour that encourages us to come back.

This entry was posted in Cruises, Hawaii. Bookmark the permalink.

5 Responses to Hawaii – Part 3, The Big Island, Hilo and Kona