The last stop on our 4 island cruise was Kuaui, the garden island.

The first thing we wanted to see was Waimea Canyon.  It is called the Grand Canyon of the Pacific.  The drive took us up to 4000 feet in eleation to look down into the 3000 foot canyon.  Its like a miniature Grand Canyon. 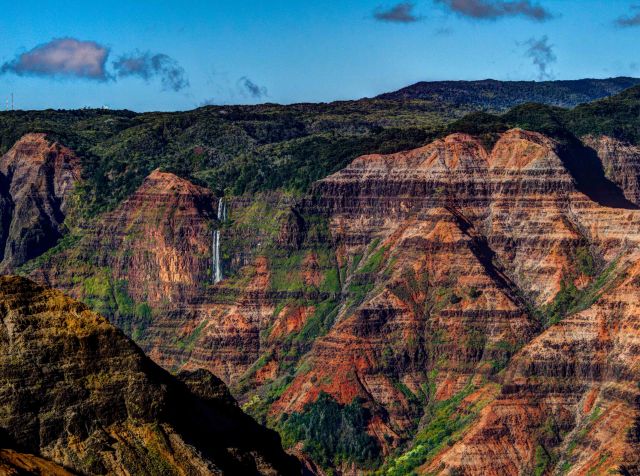 We also took a boat ride on the Wailua River to the Fern Grotto.  The boat concession is operated by the Smith family who entertain as well.

Over 60 films and television shows have been filmed on Kuaui including Raiders of the Lost Ark and Jurassic Park.  The opening scene of the TV show Fantasy Island was shot at Wailua Falls. 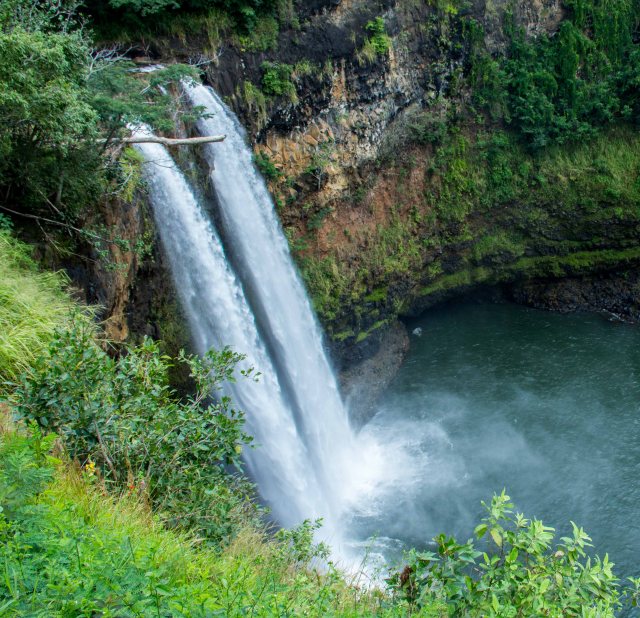 A highlight of the cruise was to be cruising close to the Na Pali Coast as we left Kuaui.  Unfortunately some golfers were late getting back on the ship so our cruise along the coast was 30 minutes later than planned.  With the shorter days of December we lost most of our light before we reached these incredibly rugged spectacular green cliffs to the sea.  As a result the pics suffered. 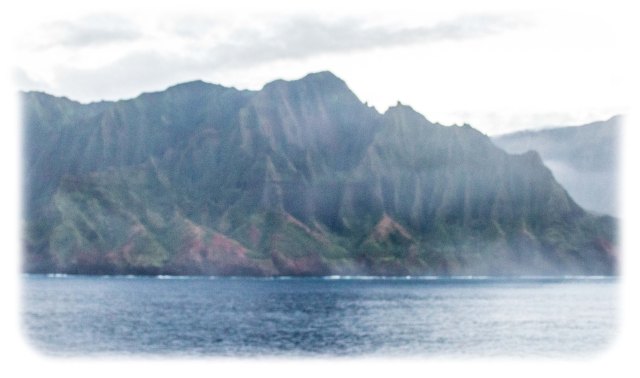 Overall we were not disappointed with our first visit to Hawaii. Every island offered something to come back to.  We met a couple of full time RVers from Australia who’ve taken the same Norwegian Cruise Line “Pride of America” cruise 4 times.  We can understand that.  Unpack once, have all our meals prepared for us, and have time on each island.  It was great traveling with friends.  What a nice way to refresh a freindship.  Thanks to Sharon and Mike for joining us.  Hope we can do something like this again. Paradise indeed!