Fall in the Pacific Northwest

September seems to be everyone’s favorite month in the Pacific Northwest.  The 90 degree days are gone, the kids are back in school and the daily rain has not arrived just yet.  We start thinking its time to start south when it does rain 3 or 4 days in a row. 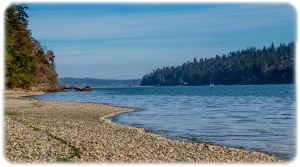 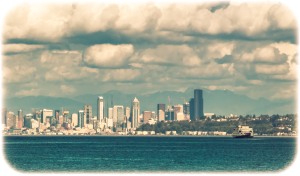 The Olympic Peninsula is unique to Washington.  It is the northwestern most corner of the 48 states.  It is dominated by the Olympic Mountains which are snow capped all year.  The eastern side is bounded by the Puget Sound.  There are many small towns, huge forests, scenic coastline and its very rural.  The sound provides views of Seattle and the volcanos of the Cascades.  We visited Port Orchard, well known to readers of Debbie Macomber.  We also toured Port Townsend, a historic seaport town with a lot of Victorian buildings.  We happened to visit during the Wooden Boat Festival, a well attended event celebrating the maritime heritage.

Historic military post with Mt. Baker in the distance 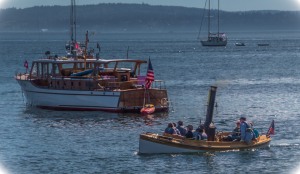 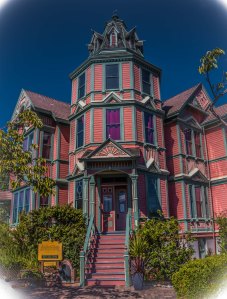 The Pacific coast of Washington is surprisingly quiet in the Fall.  There is less fog due to cooler inland temps and the rain is still occasional.  Southwest Washington has a long human history with very successful Native Americans enjoying the bounty of the sea before Lewis and Clark arrived in 1804.  Immigrants from the young United States established settlements along the coast harvesting seafood and timber.  Oysters, clams and salmon join cranberries and tourism in today’s economy.  Willapa Bay is one of the largest estuaries on the Pacific coast and a huge migratory bird stop.  We had the opportunity to kayak and hike in the Willapa Wildlife Refuge and provide a little help to growers harvesting cranberries for Ocean Spray.

We camped near Seaview WA  short walk to the beach.  On one beach hike we visited North Head Lighthouse, one of several in the area aiding shipping on the trecherous approach to the Columbia River.  On another we found an abundance of bolete mushrooms.  These are delicious and easy to ID.  We had so many we were able to dry a lot for later use. 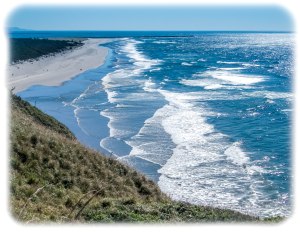 Bolete treat near the beach

Ilwaco Washington has a very nice Pacific Heritage Museum.  We were fortunate to visit on a Smithsonian Free Museum Day.  There is a nice history of the crossing of the Columbia to Astoria as well as a history of the railroad that served the Long Beach peninsula.

September may be the nicest month to visit the Pacific coast of Washington.  We had many blue sky days, very mild temperatures, no crowds, and wild mushrooms for the picking. Heaven!

3 Responses to Fall in the Pacific Northwest