We first visited Oregon in the Fall of 2007 and promised we’d be back.  With so much of the coast dedicated to public access we knew we wanted to return in better weather.  There is a lot to see in OR.  We visited again in the Fall of 2015 and again had poor weather.  We did find an excellant RV Service company in Harrsburg, Elite RV Repair and Restoration.  These guys are the best RV technecions we’re ever used.  They diagnosed quickly and accurately and got the repair done promptly.  We also found Cummins in Eugene for our routine diesel engine maintenance.  One nice thing about Oregon is there is no sales tax.  If the price is 9.95, you pay 9.95.  In contrast Washington has a sales tax of up to 9.6%!

Spring of 2016 we were back in OR again.  This time entering from CA along US395.  We stayed at a Thousand Trails near Bend.  Bend is in the sunnier part of the state.  Seems like a nice mid-size city,  we want to keep an eye on Bend.

Update:  Returning to OR in mid September, Bend is 30 degrees in the AM, highs in the 70s. Weather is up and down in the Fall.  Snow in the Cascades.  Then suddenly temps in the 70s. Then gray 50s and drizzle.  Not sure its our cup of tea.  There is lots of hiking, mountain biking.  Supposed to be good mushrooming although we’ve had no luck. 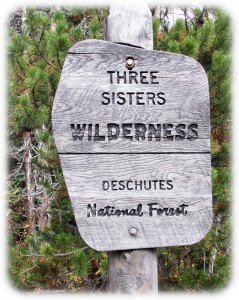 Astoria Oregon is a very nice small city, the oldest on the West coast of the US.  It was founded in 1811.  People are very friendly and hail from all over the country.  There is a nice sense of community.  They say it only rains once a year – from November until June!  The nearby state park, Fort Stevens, has a weekly ranger led mushroom hike from late September until November.  We attended the first of the season and found boletes, lobsters and learned about Shaggy Parasols (very tasty).

Megler Bridge across the Columbia 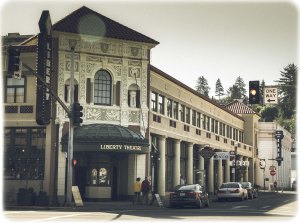 Now in late October its time to head south.  Oregon rains have begun and temps rarely reach 60.  Our mobile one bedroom apartment will head to warmer, sunnier climes of California.