North Carolina has a long railroad history.  Many towns celebrate their rail heritage with murals.  In some towns the depot is a focal point for weddings and other events.

South of Winston-Salem is the small town of Spencer which is home of the North Carolina Transportation Museum.  This is a huge 60 acre site on the grounds of the former Southern Railroad shops 150 miles from Atlanta and 150 miles from Washington DC.  The museum features a 100 foot turntable and 37 stall roundhouse built in 1924.  We had a train ride and a guided tour.  There are many vintage autos on display and a model of the Wright brothers first successful airplane.  It was easy to spend a full day exploring the museum.  Nearby Salisbury has an active North Carolina Amtrak depot and very active Norfolk Southern rail line. 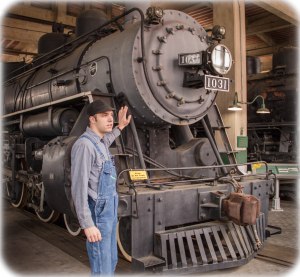 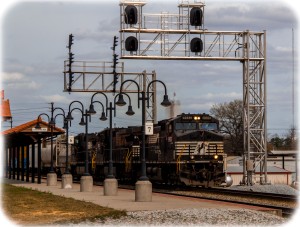 While touring the museum we learned of an excursion led by the famous Norfolk and Western steam locomotive 611, the Spirit of Roanoke.  We had seen 611 several years ago as a static display at the Virginia Museum of Transportation in Roanoke.  It was the last steam locomotive built by N&W and that it was completed on May 29, 1950, 2 days after Randy’s exact birthdate!  Donations from fans in 50 states and many countries have restored the locomotive to operating status.  Needless to say we had to book passage on this beautiful historic train.  We would be steaming out of Spencer NC, 611’s winter home.  Our plan was to stay in a hotel in nearby Salisbury and photograph the Saturday and Sunday morning excursions ahead of our Sunday PM trip from Spencer to Greensboro and back. 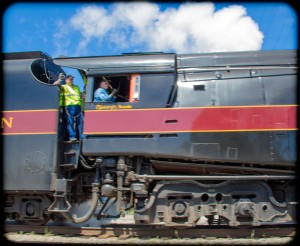 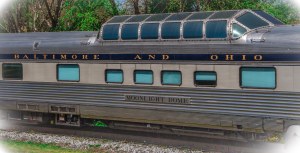 We rode in N&W Florida