While the cruise portion of our trip ended in Venice, this was just the beginning of the land tour.  We had never done a bus tour so we didn’t know quite what to expect.  Fresh off the ship, our Italian guide Dimitri led us to a tour of Venice.  Waters in the lagoon were much more choppy than expected and the views never stopped.  Once docked a Venetian guide led us thru a maze of streets between canals to many Venice landmarks.  Then we had time on our own to maybe not get lost.  Venice is so unique it is almost overwhelming.   Some of the landmarks include Piazza San Marco, St. Marks Basilica, the Campanile bell tower, the Doge’s Palace.  Venice was crowded with tourists so we could imagine it would be impossible in the Summer.

Venice from the Grand Canal 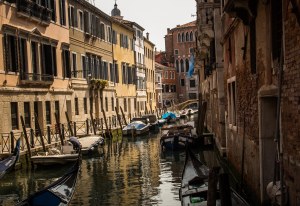 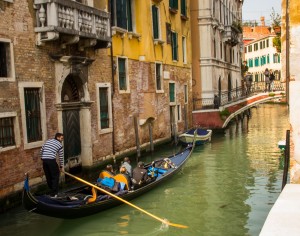 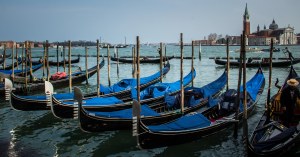 Th Doge’s Palace and the Campanile

After a night in a hotel in the outskirts of Venice, we headed to Florence – birthplace of the Renaissance.  The historic center of the city is a UNESCO World Heritage sight and the capital of Tuscany.  Dimitri delivered us to a wonderful local guide who escorted us thru the medieval streets and plazas to some of the city’s great sights.  We saw a replica of Michaelangelo’s David in the Palazzo dell Signoria,  The Basilica of San Lorenzo, the cathedral of Florence known as the Duomo, the Ponte Vecchio bridge and many other beautiful buidlings and monuments.  Florence is considered one of the most beautiful cities in the world.  Leonardo de Vinci and Michaelangelo called it home. 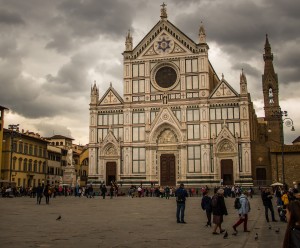 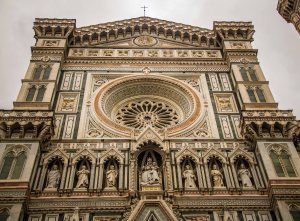 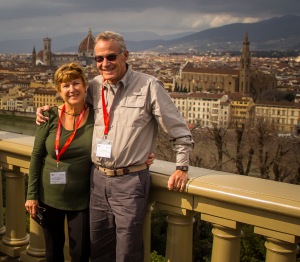 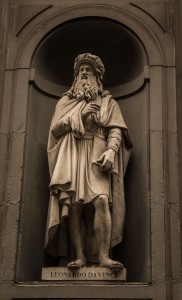 After our day in Florence we stayed in a hotel in Montecatini, a wonderful small city in Tuscany.  Th city is also known as Montecatini Terme due to the thermal baths in the area.  Long ago the town was the summer residence of the Medici family.  After many hours on the bus we were anxious to walk as soon as we could.  The town was beautiful and wandered into a funicular to Montecatini Alto, a rocky mountain top town with a fortress, churches, restaurants and incredible views. 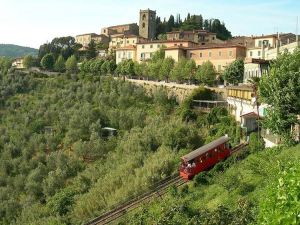 Next stop was another mountain top town of Orvieto, a small city perched on top of a cliff in the Italian state of Umbria.  As usual the church built a spectacular edifice to remind everyone who had the power.  We rode the funicular to get up from the valley and saw the incredible cathedral, beautiful plazas and medieval streets.  Rick Steves calls Orvieto “what an Italian hill town should be”.

Cardinal Hotel St. Peter would be our home in the center of Rome for the last 2 nights of our tour.  We were lucky enough to get a room with a balcony.  The next day we had a full day tour of Rome with Dimitri and a local guide.  Rome is the eternal city and we loved the sights.  Or course we saw Trevi Fountain and the Spanish Steps (which we had visited on a previous cruise to Italy) but we also visited the church of Mary Major, the Pantheon  countless baroque fountains and statues and other sights.  After the tour group ended we spent another day in Rome.  It was Easter Sunday and our hotel was only a short walk from the Vatican.  We couldn’t believe we were able to walk very close to St. Peters Square and watch from the edge of the crowds as the Pope gave his Easter Blessing.  It was very well organized amid tight security.  The crowds were happy and orderly.  A very lucky day.

The Church of Mary Major 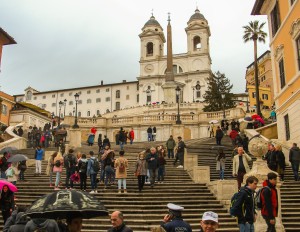 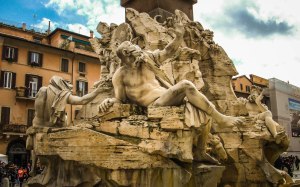 Bernini’s Fountain of the Four Rivers

Overall our Italy land tour organized by YMT vacations was more than we expected.  Their guides were excellant, hotels were nice, food OK.  Our cruise tour vacation was such an excellent value we really couldn’t go wrong.  By the end we feel like we kinda know Italy and would be very comfortable coming back to do a more extensive tour on our own.

St Peters appears on our walk

Crowds converge on the Vatican 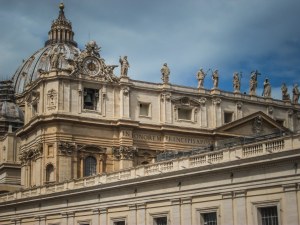