On our way south from Maine we stopped near Cape Cod for a few days before the campground closed for the season.

Our first excursion in the area was to Newport Rhode Island.  We have heard about Newport for years and fellow travelers told us “If you liked the Vanderbilt Mansion and The Biltmore, you gotta see Newport”.  They weren’t kidding.  One after the other we toured five of the “cottages” as these mansions were called.  Traditionally they were only occupied 6 to 8 weeks each Summer.  This was the Gilded Age and each tried to out-do the other.

The Breakers was the summer home of Cornelius Vanderbilt II.  He made his fortune in steamships and the New York Central Railroad.  Built from 1893 to 1895 it has 70 rooms and over 125,000 square feet.  It was designed by famed architect Robert Morris Hunt in the style of an Italian Renaissance palazzo .  The Vanderbilts had 7 children.  The youngest of them, Gladys, was an ardent supporter of the Preservation Society of Newport and opened the Breakers to tours in 1948 to raise funds. 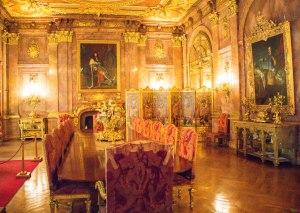 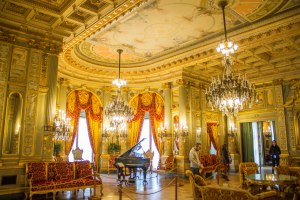 Marble House  was built for William K. Vanderbilt from 1888 to 1892 and has over 500,000 cubic feet of marble.  It set the pace for the stone palaces of Summer Newport society.  Upon completion Mr. Vanderbilt gave the home to his wife Alva.  The home cost $11 million to build.  Alva called the home her “temple of the arts”.  They  divorced 3 years later.  It was an interesting time.  Their daughter Consuelo married into British royalty and became the Duchess of Marlborough, son William Jr became a leading figure in auto racing while son Harold became a world famous yachtsman winning the Americas Cup 3 times.  Mom Alva held women’s suffrage rallies on the lawn. 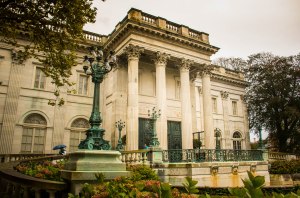 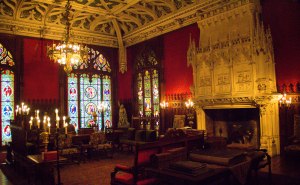 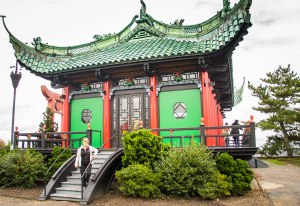 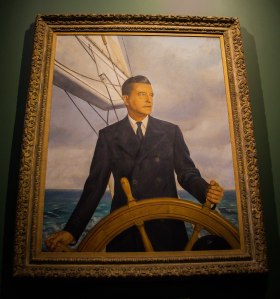 We also visited Rosecliff.  Commisioned by Nevada silver heiress Theresa Fair Oelrichs in 1899, architect Stanford White modeled the palatial home after the Grand Trianon, the garden retreat of French kings at Versailles.  Many films were shot in this home including The Great Gatsby.

Chateau sur Mer was built in 1852 for the China trade shipping merchant William Wetmore.  The home was built in High Victorian style inside and out.  It was the center of Newport society until the Vanderbilts moved in. 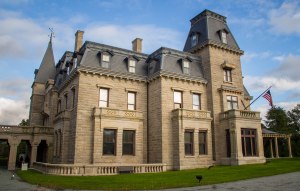 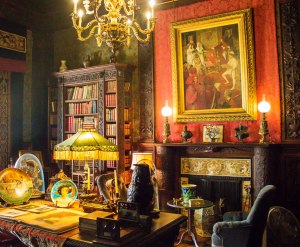 The Elms was our last stop of the day.  It was the summer home of Edward Berwind of New York and Philadelphia who made his fortune in coal.  The home was modeled after a chateau outside Paris and the interior and furnishings were designed by Jules Allard of Paris.  Allard was the interior designer of choice for Newport. 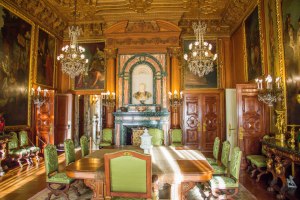