Verde Valley is truly a greener valley in the desert that is Arizona.  Located about midway between Phoenix and Flagstaff it has several year-round rivers providing water to support a thriving population for thousands of years.  It is estimated that up to 30,000 indigenous people once lived in this valley.  There were over 40 communities of these Ancestral Puebloan people and now many sites are accessible thanks to the National Park Service.  We visited Palatki, Honanki, V Bar V Archeological Site, Montezuma Castle NM, Montezuma Well NM and Tuzigoot NM.   Most of the sites were abandoned by around 1400 CE.  There are many theories as to why they left but the nearby Hopi simply say they were on their way to the lands of the present-day Hopi.

On the road to Palatki and Honanki 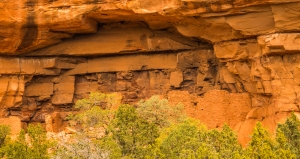 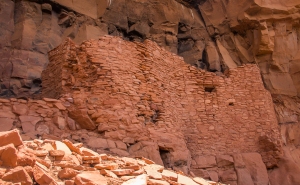 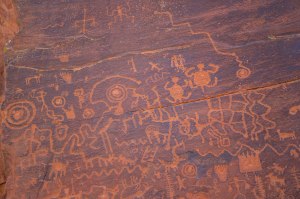 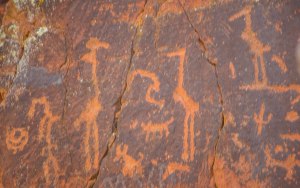 We stayed at the Thousand Trails RV Park in Cottonwood.  Cottonwood is a nice size community that has become known as Arizona’s wine country.  It is also nearby the former mining/ghost town Jerome and Clarkdale, a planned community founded by copper magnate William Clark.  Sedona is also nearby with its world class hiking and home to billionaires.

Sedona – on the trail 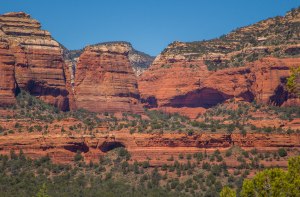 Overall Cottonwood checks many of the boxes as a place to settle down after RVing.  Winters are not severe, summers are hot but dry.  Its a nice size community with a good deal of natural diversity.  And they even have a train – the Verde Canyon Railway, booked solid so we could only chase.